1.  Corn, beans, and squash are called the “three sisters.”

The Native Americans planted corn, beans and squash together so that they would benefit each other.

Romanisation, it was argued, would help standardise Turkish spelling, improve literacy, and allow for cheaper and more convenient printing (the Arabic script required more than 400 pieces of type). 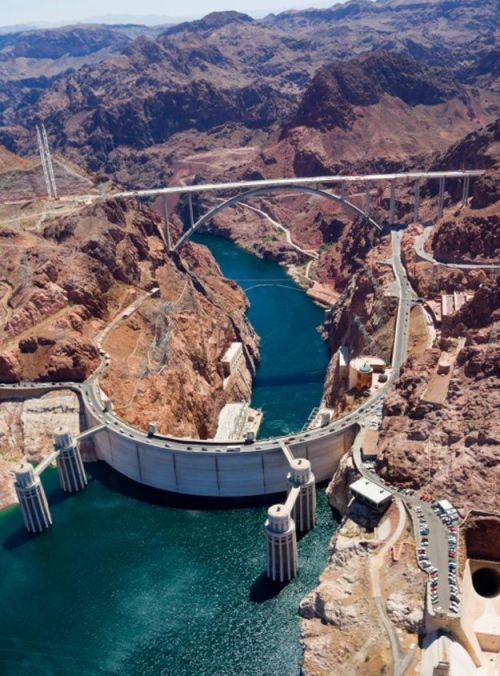 5. In 2007 210,000 Americans were injured b lawnmowers. The lawn mower is the most dangerous item in the garden and the second is the flower-pot. Who knew. Oh on the subject as I know it’s a piece of useless information but Edwin Beard Budding who invented the lawn  mower tested his invention at night so no one would think he was mad.  Budding’s mower was designed primarily to cut the grass on sports grounds and extensive gardens, as a superior alternative to the scythe, and was granted a British patent on August 31, 1830. Source

Now using a petrol driven Lawn mower for one hour produces as much air pollution  as a 100 mile car trip. Source

2. Fiji Water once ran an ad that stated: “The label says Fiji because it’s not bottled in Cleveland.” The Cleveland water department took offense, so they challenged the statement, commissioned a test, and proved that Fiji water had more impurities in it.

3. Sound changes when it snows. It seems quieter right after a snowfall because a blanket of fresh powder is absorbing the sound waves- but once the snow melts and refreezes, it then creates a reflective surface that amplifies sound by allowing it to travel farther than normal. 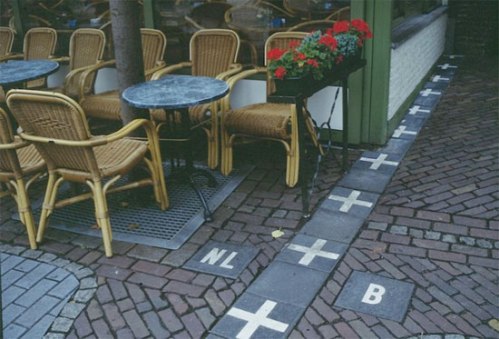 4. The official border between Belgium and the Netherlands runs through living rooms, yards and cafés, so it’s possible – indeed, it happens more often than you’d think – to sit across a table having a cup of coffee with someone who is actually in a different country.

For a while, a Dutch law requiring dining establishments to close earlier than they did in Belgium. At closing time in the Netherlands, patrons would have to get up and move tables, over to the Belgian side. 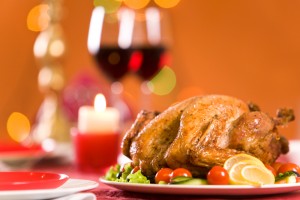 5. Facts about ‘Thanks Giving’

Re Think Your Shopping Habits

There is now great concern over the overuse of antibiotics on animals such as pork, beef, and chicken also Turkey.

Today, most meat sold in the US (beef, pork, chicken, turkey, etc.) is raised in a CAFO.

In other words to be safe it may need you to change your shopping habits when buying food products for your family especially if you are pregnant.

Organic, grass-fed, and finished meat that is humanely raised and butchered is really about the only type of meat that is healthy to eat.

So when looking for antibiotic-free meat, it’s best to familiarize yourself with the various labels currently in use, as some are useful, while others can be downright deceptive
If you go to The FoodRoutes site “Find Good Food” map can help you connect with local farmers to find the freshest, tastiest food possible. On their interactive map, you can find a listing for local farmers, CSA’s, and markets near you.

This is a chart from the site of Dr Mercola

England, Scotland, France, Turkey and Spain
I hope they get great weather, plenty of sunshine and no rain

So while they are away, to my Mothers place next month I will stay
She is now going 96 young, memory at times goes a little astray

So for two months in New Zealand I will be looking after my Mom
Good for her, she loves a wine and she is partial to a little coke and rum

It is time that I enjoy as it is now a precious treasure
They say we only have so many breaths on this earth, she only has a few to measure
So I can always say time spent with her is all my privilege and my pleasure

Happens But Once A Year

Happens But Once a Year
Author Lesley Voth

Thanks giving day is over
Great food, feel like a cow in clover

I so enjoyed tucking in and pigging out
Turkey, potatoes, desert, stuck to the thighs no doubt

It happens just but once a year
Feels good to be grateful, and to drink a little cheer

Yes back to the gym this morning I went
Bit sluggish, Not much effort, pretty much a non event

More than half of the coastline of the entire United States is in Alaska .

The Amazon rainforest produces more than 20%
of the world’s oxygen supply.
The Amazon River pushes so much water into the Atlantic Ocean that, more than one hundred miles at sea off the mouth of the river, one can dip fresh water out of the ocean.  The volume of water in the Amazon river is greater than the next eight largest rivers in the world combined and three times the flow of all rivers in the United States ..

Antarctica is the only land on our planet that is not owned by any country..
Ninety percent of the world’s ice covers Antarctica ..
This ice also represents seventy percent of all the fresh water in the world.
As strange as it sounds, however, Antarctica is essentially a desert;
the average yearly total precipitation is about two inches.
Although covered with ice (all but 0.4% of it, ice.),
Antarctica is the driest place on the planet,
with an absolute humidity lower than the Gobi desert.

Brazil got its name from the nut, not the other way around.

Canada has more lakes than the rest of the world combined. Canada is an Indian word meaning ‘ Big Village ‘.

Next to Warsaw , Chicago has the largest Polish population
in the world. 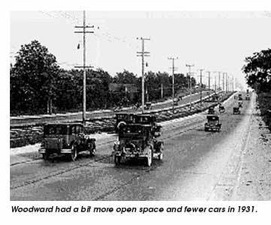 Woodward Avenue in Detroit, Michigan, carries the designation M-1,
so named because it was the first paved road anywhere.

Damascus, Syria, was flourishing a couple of thousand years
before Rome was founded in 753 BC,
making it the oldest continuously inhabited city in existence.

Istanbul, Turkey, is the only city in the world
located on two continents.