Spray a large glass pie plate. Put the broccoli, onion and cheese in the bottom of the plate. Beat the eggs, then whisk in the cream, salt and pepper. Pour evenly over the cheese. Bake at 350º for 35-45 minutes, until a knife inserted in the center comes out clean. Let stand 10 minutes before cutting.

Makes 6 servings
Can be frozen

I just love this coleslaw. In fact I will often go to what I term Kentucky Duckie and get the coleslaw and nothing else.

I have to say it is not cheap though, that large container is about $5 – $7 depending on what country you buy it in.

Instructions:
Be sure cabbage and carrots are chopped up into very fine pieces, very small about the size of rice. Then combine the mayonnaise, sugar, milk, buttermilk, lemon juice, vinegar, salt, and pepper in a large bowl and beat until smooth. Now you are ready to add cabbage, carrots, and onion, and mix very well. Put in refrigerator for at least 2 hours before serving. Serves 10-12

How easy are these and so quick. You can even give them to the kids for their lunch boxes. And what’s even better you can freeze for later use.

-Preheat oven at 200 C
-Grease your mini muffin tin
-Add vegetables of your choice along with cheese (if you choose), pour beaten egg mixture on it.
-Place muffin pan on the center rack of a preheated oven and bake for 20-25 minutes or until muffins are light brown, puffy, and the eggs are set.
-Let muffins cool for a few minutes before removing from the muffin pan or cups. Loosen gently with knife if they seem to be sticking. Eat immediately or let cool completely and store in plastic bag in refrigerator or freezer. The Egg Muffins can be reheated in the microwave.

Avocado and Chicken salad – Great For The Weekend 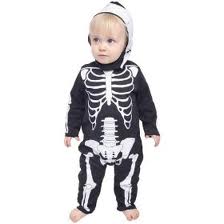 Babies are born with 300 bones, but by adulthood we have only 206 in our bodies – The reason? Some bones fuse together later. Source

An apple, onion, and potato all have the same taste. The differences in flavor are caused by their smell. To prove this you can pinch your nose and take a bite from each. They will all taste sweet. Source

A fetus acquires fingerprints at the age of three months. fetal fingerprints are fully formed by 12 weeks/3 months of gestation. Fingerprints are actually created by fetal movements – as the young fetus moves within the uterus, its skin shifts, forming the ridges of its fingerprints. This is the reason why no two people have the same fingerprints, even identical twins.

An ounce of gold can be stretched into a wire 50 miles long. The wire would be very fine. Since gold has such a soft flexible ability it is often mixed or coated over other material in order to give it strength. Source

A baby Blue Whale drinks approximately 130 gallons of milk each day. The calf
drinks so much milk that it puts on about 200 pounds of weight each day when it is growing – that’s about
eight pounds an hour! Source