I Guess They Learnt about This Water That Many Have Not

Thought this was interesting. Not that I care too much about some of those in the picture but it is interesting that they are indulging in drinking the Kangen water. Probably why some of them are looking pretty good for their age. 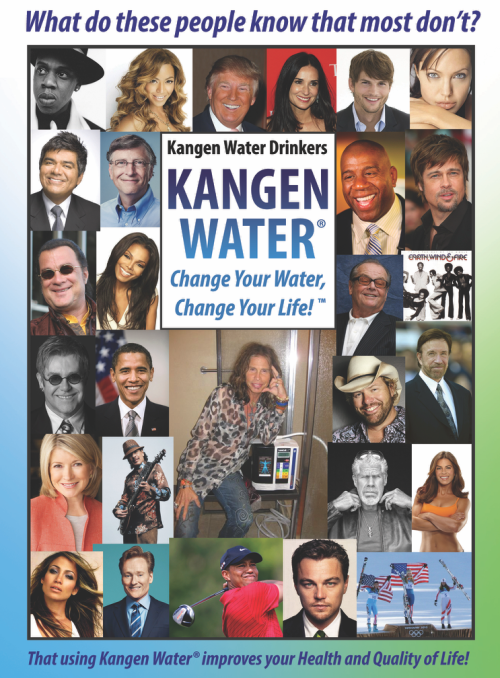 For more information go to:- http://www.lifechanging-water.com

I learnt It At McDonald’s. 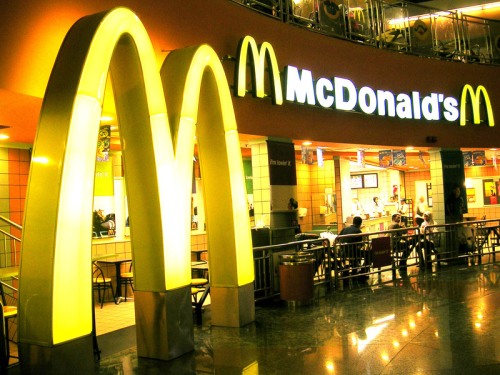 For years now I have heard that Employers are always happy to employ anyone who has worked and been trained at “McDonald’s. The reason being is that they are usually focused and have learnt the art of teamwork. That is a plus for any Employer.

In these economic times the qualities such as leadership are rather rare. Leadership qualities are ofter discouraged in a lot of work places as often they do not like changes or in some cases some employees do not like anyone being a threat to their job.

Here is an article that I found on bottom line that was written by Paul Facella management consultant who spent 34 years of his career at Mc Donald’s. Starting from the ground floor, so to speak.
Here is some Company principles and culture and why employees do so well in other jobs.

At McDonald’s, I learned that effective leaders model the behavior that they want to see in others. This started first and foremost with Ray Kroc, McDonald’s founder.

I saw humility and graciousness the first time I met Ray. He was known for visiting with regional employees whenever he came to town. Because I was the highest-ranking staff member in the New York franchise where I worked, it was decided that I would dine with him. I was a director of operations at the time, and so this was quite an honor for me. In the limousine, Ray insisted on taking the small “flip seat,” offering me the most comfortable seat because I was his guest.

Having the head of one of the most successful businesses in the world put me at ease made a huge impression on me. I have never forgotten his efforts to make an ordinary employee feel special. I vowed to adopt this mind-set in my own life.

Even today, I always try to remember the impact I have on others. When new members join an organization that I belong to, I go out of my way to interact with and welcome them.

It was not unusual at McDonald’s to see leaders, such as Ray himself, demonstrate what needed to be done. No task was too humble, even for the boss.

During a visit to one New Jersey restaurant, Ray picked up cigarette butts in the parking lot, setting the tone for cleanliness. When executives were out in the field, they always made a point of pitching in. If there was a problem, they would jump behind the counter and help out.

The influence of Ray Kroc and others at McDonald’s has always stayed with me. Even though I am a senior member and former officer of my local volunteer fire department, I always try to be the first to pick up a mop or a broom. When junior fire department members see me doing this, they invariably pitch in as well.

Integrity is valued above all else at McDonald’s and permeates the culture of the company. Everyone is treated as a partner. Some even say it is like a surrogate family. There was an unprecedented level of trust between people involved in all aspects of the business. We called it the “three-legged stool.” This meant that the relationship between the three interdependent partners — the franchisees, the suppliers and the corporate staff — was understood to be vital to the company’s success.

Example: There were times when Ray told suppliers to raise their prices. He figured that for these companies to become long-term partners, they needed to succeed, and they wouldn’t if he forced them to accept profits that were too low. This worked. When vendors increased profits, the result was stronger loyalty to McDonald’s. Vendors had so much faith in McDonald’s that they actually helped bail out the company in 1959, when it was in trouble because of a real estate deal gone bad.

This culture of trust was so strong that important agreements often were made with a handshake rather than a written contract. Many suppliers, now second- and third-generation businesses, haven’t had a formal contract with the company for 50 years.

The high level of trust also reaped rewards for the company. Because they felt such loyalty, suppliers, franchisees and employees often suggested some of McDonald’s most successful products and concepts.

Example: Herb Peterson, a franchise owner, was the creator of the Egg McMuffin in 1973.

At McDonald’s, the company mantra is “Never be satisfied.” We always were looking to break our records, whether it was increasing the number of customers or lowering costs.

To raise the bar as high as possible, we used metrics, or measurements, to determine whether we had reached our goals. We measured everything from hourly sales to how many bags of potatoes were used each day. We made goals measurable. This especially helped team members know what they were working toward and gave them a sense of ownership. It also encouraged an environment of friendly competition.

Example: When I was a manager, many cashiers were coming up short each day, so I put up signs showing just how over or under each cash register was. Within 24 hours, every person’s total was perfect. No one wanted to be the lowest performer in the store.

At McDonald’s, recognition is everywhere. The company makes it a way of life, encouraging managers to recognize employees regularly. Ray knew that there is no better way to inspire people. Even front-line employees were recognized. You might think of a crew job at McDonald’s — working the kitchen — as menial, but if you worked hard, you were noticed and rewarded. For many, that meant being promoted and advancing from crew to operator to the corporate office.

Result: About 42% of the current worldwide leadership at McDonald’s started out as crew members. Whenever possible, employees at McDonald’s are recognized in public with fanfare.