Great Tribute to a Life Time Of Commitment as a Teacher

What a wonderful honor for this teacher. Brought me to tears. The Haka always gives me goose bumps as it is meant to do. This video was two years ago but who’s counting.

There are probably one or two teachers in my life that would deserve this honor. Well they probably all did to put up with me.

1. That Canada is the country which invented the ‘Walkie Talkies’ the snow mobile, trivial pursuit and the egg carton. Thats enough to make my husband feel proud (Canadian).

2. Stefani Joanne Angelina Germanotta is known by the stage name of ‘Lady Gaga’

3. If you have ever watched NZ play football you will be aware of the ‘Haka’ they perform before every game.It is a traditional ancestral war cry, dance, or challenge from the Māori people of New Zealand. “Ka mate Ka mate, Ka ora, Ka ora”,the words of prominence, roughly translate to ‘I die, I die, I live, I Live. 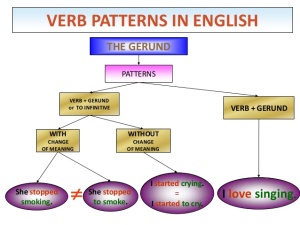 4. A gerund is a noun made from a verb. It always ends with the three letters ‘ing’