1. This is the first Super Bowl ever where two Super Bowl MVP QBs will start against each other. To make things even more interesting, QB Eli Manning won the MVP award when these two teams met in Super Bowl XLII. 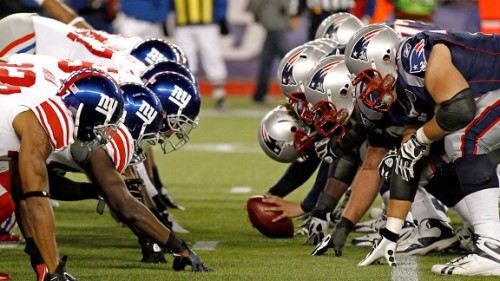 3.  When then Giants and Patriots locked up at Super Bowl XLII the event drew an average of 97,448,000 people watching on TV.

4. QB Joe Montana has won the Super Bowl MVP award three times, the most by anyone. QB Tom Brady has two MVP awards, one more would tie Montana’s record.