I don’t believe entirely the story we are being fed about ‘Climate Change’ . I believe it to be a money making, fear  and control tactic. I could be wrong and will keep my opinion  until someone comes along that is not a politician, clueless celebrity or a person that stands to benefit financially, has truthful evidence.

I also believe in the right to bear arms.

I also believe President Trump to be Known in history to be the one  President who loves his Country and not leave politics richer than he entered like many Presidents before him. That will clean out the political corruption in USA Politics.

“If you don’t do different nothing will change”

Why Coffee Is Good For You

An evidence-based look at the health effects of coffee and caffeine.

Mika my Granddaughter has challenged me to 22 pushups in 22 days.

The reason for 22 days and 22 pushups is the  recognition  and awareness of proven statistical evidence that there are at least 22 veterans commit suicide each day in the United States Of America and a growing number in Australia. There has been 274 suicides  in Australia since 1999.

For most of us,  we can not comprehend the trauma that they experience and how tolerant and supportive we must be for those who fight for our freedoms. It is not only tragic for our vets it is certainly heartbreaking for the families of these young men.

Today I nominate my Son Jon Jodvalkis to take the challenge.

Once you accept, you start tomorrow. The rules are simple:
* Once you are nominated your 22 days starts the following day.
* Every day you record yourself doing 22 push ups, try your best to reach 22. If that means doing assisted push ups (from your knees) or you have to stop and take a break, that is fine but try and get them all done in one video.
* Every day the push-ups must be in a different location.
* Every day you just nominate a different person.
* And finally have fun with this!

This a great way to have fun and let these courageous  Men and Woman who put their life on the line that someone is thinking about them. 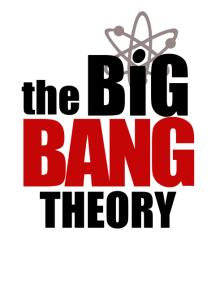 Based on research performed by Edwin Hubble, Georges Lemaitre and Albert Einstein, among others, the big bang theory postulates that the universe began almost 14 billion years ago with a massive expansion event. At the time, the universe was confined to a single point, encompassing all of the universe’s matter. That original movement continues today, as the universe keeps expanding outward.
The theory of the big bang gained widespread support in the scientific community after Arno Penzias and Robert Wilson discovered cosmic microwave background radiation in 1965. Using radio telescopes, the two astronomers detected cosmic noise, or static, that didn’t dissipate over time. Collaborating with Princeton researcher Robert Dicke, the pair confirmed Dicke’s hypothesis that the original big bang left behind low-level radiation detectable throughout the universe. 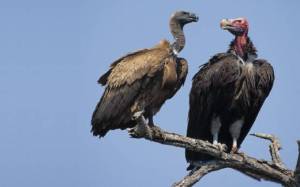 2. Vultures
Vultures often feed on dead bodies of sickly animals and curb the proliferation of bacteria. If they disappear, it could open the door to a spike in diseases, including anthrax and brucellosis in livestock, which could then spread to people.

The population of Oriental white-backed vultures in India has dropped from tens of millions to around 11,000 as of May 2008 [source: Morrison]. Around 97 percent of two related species, the long-billed and slender-billed vultures, have also died off in India in large numbers [source: Morrison]. Scientists have identified an anti-inflammatory drug called diclofenac as the culprit. Banned from use in India in 2006, ranchers used to treat their livestock with it. If cattle given diclofenac died, and vultures fed on their carcasses, it took only one exposure to the tainted meat to kill the birds

Although they hunt down rotting carcasses of dead animals, vultures are referred to as birds of prey. They soar at altitudes thousands of feet above the ground in search of meat. New World vultures in particular have acute senses of smell to help them locate their meals. But even though they feed on nature’s garbage, vultures are surprisingly sanitary birds. For instance, they have no feathers on their heads, which allows them to stay cleaner while digging into messy carnage that may contain unhealthy bacteria. Vultures also urinate on themselves to keep comfortable and disease-free. As the urine evaporates, it cools the vulture’s body in the same way sweat works on humans. The acid in the urine simultaneously destroys harmful pathogens from their last dinner.

3. Baboons Keep Pet Dogs
For many years, it has been asserted that the only animals that keep pets are human beings, but a troop of Hamadryas baboons near Ta-if, Saudi Arabia seems to have debunked that theory. Although some remain skeptical, claiming that the animals merely co-exist rather than share any bond, it is believed that the baboons kidnap the dogs as puppies and enjoy a symbiotic relationship with them much in the way that humans do. In exchange for food and companionship, the dogs protect the troop, particularly the vulnerable babies, against other dogs. There has been very little research on the phenomenon, but the footage captured on the scene by a French film crew seems very compelling evidence.
Source

4. Google Is A Dog Company
Like many internet companies, Google is a fairly unorthodox workplace. Along with free gourmet meals, daily summer BBQs, pool tables, and slides, employees are actually encouraged to bring their dogs with them to work. Of course, the pups are required to be fairly well-behaved and housebroken; overly vocal or otherwise ill-tempered dogs are asked to stay at home. From Google’s own codes of conduct: “Google’s affection for our canine friends is an integral facet of our corporate culture. We like cats, but we’re a dog company, so as a general rule, we feel cats visiting our offices would be fairly stressed out.”
Source

5. Metéora, Greece
Metéora—meaning “middle of the sky”—is high up on a sandstone pillar in the Plain of Thessaly in central Greece. The Eastern Orthodox monastery is a UNESCO World Heritage site with perhaps the coolest origin story of the lot. Fable has it that the founder of the monastery, St. Athanasius, didn’t need to climb the rock face to plonk his religious flag in the sandstone: instead, he was carried to the dizzy heights by an eagle.
carved steps are the only mode of transport to the top. Before the 1920s, most people had to use ropes and pulleys to climb to the top, and when it was built-in the 14th century, ladders and nets were used to transport the materials over the 550-meter (1,800-ft) drop. The monastery is also famous for having featured in the James Bond movie For Your Eyes Only.
Source