Sneakers were first made in America in 1916. They were originally called Keds. They became known as “sneakers” because the rubber soles allowed sneaking around silently. Source

Sugar was called”White Gold”. Until the late 1700’s sugar was a luxury that European nobility used to validate their rank and social power. Source

In 1998, Sony accidently sold 700,000 camcorders that had the technology to see through people’s clothes. Source 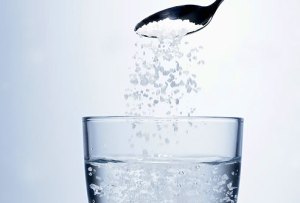 If you slowly pour a handful of salt into a totally full glass of water it will not overflow. In fact, the water level will go down. Explanation