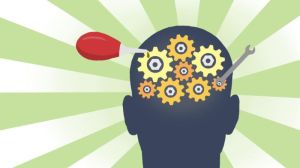 3. Orca’s brains have an enlarged limbic node, which deals with emotions and memories. Even taking into account the size difference of a human brain, an orca’s brain contains more of the spindle cells that process empathy and social patterns. This result could be evidence that Killer whales could be more empathetic than we humans. I guess if you meet one in the ocean one would like to think this is true.

Alex Stafie, 5, and Wallace Scherer, 92, make sack lunches for the homeless during an activity at Providence Mount St. Vincent home for older adults in West Seattle.

4. At the  Providence Mount St. Vincent in Seattle there is a pre school inside a nursing home.  “We wanted a living, vibrant community; to make sure that this was a place where people came to live, not die,” says Charlene Boyd, an administrator at the center. Bringing children in was a natural solution.

Socializing across generations has also been shown to increase the amount of smiling and conversation among older adults, according to one Japanese study from 2013.

These intergenerational interactions also enhance children’s social and personal development as many of the parents will attest. kids are prone to feel more comfortable around those with disabilities and impairments of all kinds than their peers who lack such experiences.

5. Tulips are not native to the Netherlands – Tulips had been cultivated in Turkish gardens for years and there were over a thousand types of tulips by the time Europe discovered the flower.  In the late 16th century tulips were brought to Europe by the Austrian ambassador to Turkey, then known as Constantinople.  From Austria tulips made their way to the Netherlands where the Dutch became leaders in producing prized specimens.

By the 1630’s tulip speculation, or tulipmania, was rampant throughout the Netherlands and both rich and poor were speculating in the tulip trade, similar to the stock market in modern times.  In 1637 the tulip market crashed leaving many Dutch penniless.

Despite the crash the Dutch continued to cultivate these colorful flowers and the Netherlands still remains the chief source for tulip bulbs.