That by tapping someone on their shoulder or touching their arm and looking them in the eye they are  more likely be more open to your suggestion. It is called the power of persuasion that is strengthened by touch. 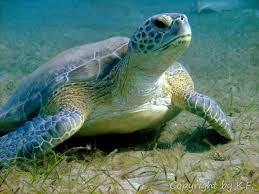 2. Loggerhead sea turtles can always find their way home as they use the Earth’s magnetic field to navigate and despite migrating across the ocean for years at a time, the females remember the geomagnetic signature of their own birth place and return to the same beach to lay eggs.

It spends most of its life in saltwater and estuarine habitats, with females briefly coming ashore to lay eggs. The loggerhead sea turtle has a low reproductive rate; females lay an average of four egg clutches and then become quiescent, producing no eggs for two to three years. The loggerhead reaches sexual maturity within 17–33 years and has a lifespan of 47–67 years.

3. They say that children who were stubborn or defiant are more likely in their middle years to earn higher incomes by the time they become middle age adults. I guess thats because they will pursue life and their ambitions and play much harder than most.

4. Lamar Jackson the Louisville quarterback became the youngest ever Helsman Trophy recipient at the age of 19.