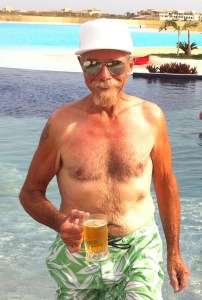 Most of his friends wore the distinctive white hat
As Tom used to wear, rain, wind or hail on his head it sat 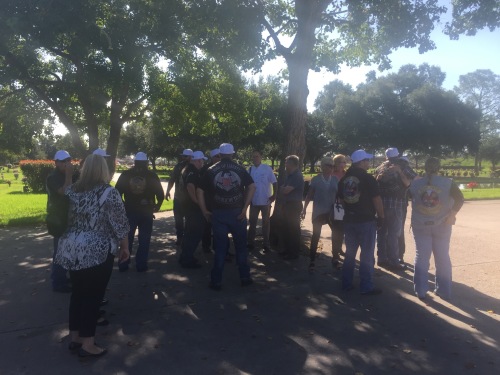 Our Tom he was a return soldier a Vietnam Vet
For His countries appreciation, The Purple Heart medal he did get 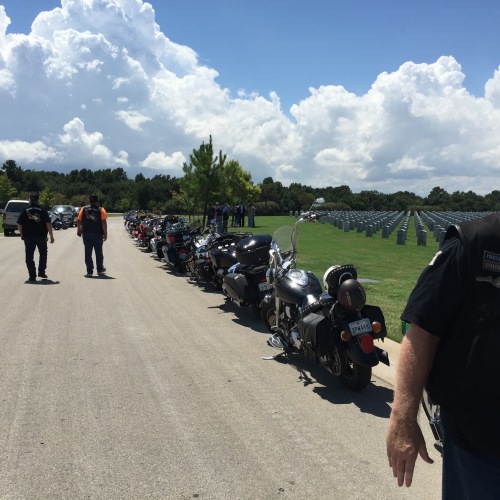 As the ceremony started tears from Heaven fell again
Those men stood at attention with the flags, in that pouring rain 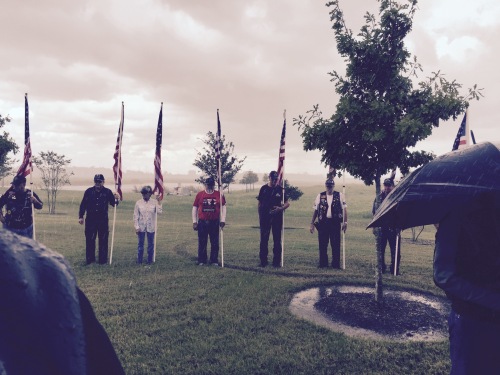 The tradition of the gun salute and the bugle playing Taps
Made you feel so proud to be a witness, gave me goose bumps as silence lapse

The flag folding ceremony was equally impressive with great precision
To his son it was presented, I am sure Tom  would have been proud with that decision

Just as the ceremony finished, no kidding, there was a single clap of thunder
Some one said the Gates of Heaven just opened, was he present?, it makes you wonder