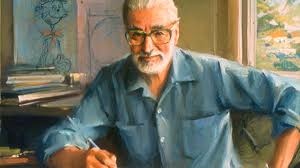 You may or may not be interested but I am. These are lesser known facts about the famed Dr Seuss and as a fan of his unrivaled talent, you may or may not know . My kids and adults (meaning me) alike were always drawn to his stories.

1. Dr Seuss was not his real name also he was not a doctor

Theodor Seuss Geisel began to use his middle name which is also his mothers middle name, as a pen name after he was kicked out of his college’s humor magazine ‘Jack-O-Lantern’ for drinking in his dorm during prohibition. He continued to submit stories as “Seuss”. He later adopted “Doctor”, a nod to his father who dreamed of him getting a doctoral degree. He also used the name Theo LeSieg, Rosetta Stone and Dr Theophrastus Seuss.

Now I find this information interesting especially that he used the name which is quite common these days “Rosetta Stone”.

2. Green Eggs and Ham was written on a dare

After ‘The Cat In The Hat‘ was such a success with only 220 vocabulary words, Dr Seuss was dared by his publisher to write a book with only 50 different words. That is how ‘Green Eggs And Ham’ came about which incidentally was one of his favorite pieces. 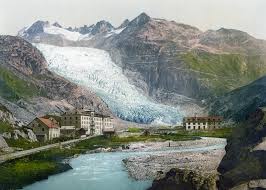 3. He did not like being asked where he got his ideas.

Apparently when asked he would say” I get all my ideas in Switzerland near the Forka Pass. There is a little village called Gletch, and 2000ft up above Gletch there is a hamlet called Uber Gletch. I go there on the fourth of August et summer to get my cuckoo clock fixed. While there, waiting for the clock to be fixed in the hospital I would wander around and talk to the people in the streets. They are very strange people and I get my ideas from them” 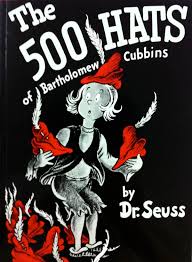 4. He did not like children, but he had make believe ones

His second wife Audrey famously told Associated Press during a 2004 interview that her late husband did not like children all that much, though he wrote for them. He was always analyzing “What might they do next? What might they ask next?” There was no such thing as getting down and playing with children he just did what he did best and the children loved him. He in return loved them for loving what he did.
He did have imaginary children such as Chrysanthemum Pearl. Chrysanthemum Pearl was his most made up child and he would reference her when friends were bragging about the accomplishments of their own kids. He dedicated ““The 500 Hats of Bartholomew Cubbins”” to her. 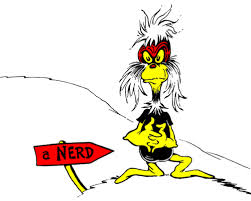 Dr Seuss might not have come up with as many words as William Shakespeare, but there is o e popular term that he coined that people still use today: nerd. The first time the word was ever used was when “If I ran the Zoo” was published in 1950.

The Source of this information is
Newsweek, with thanks to Biography.com, Early Moments, Flavor Wire and the FW.com and the ‘Canvas magazine’ insert from the ‘NZ weekend Herald’