Ramping up to the royal wedding

I love all this ‘Pomp and Ceremony’. No one in the world knows how to do this like the English and especially the Royal Family. It is going to be a happy, glorious day. I am going to sit in front of the TV with my hat on and a glass of champagne and take in every second of it. I am going to love it.

Here are some of the pictures that have been taken by Boston.com. As usual they are spectacular.

An estimated 2 billion people around the world are expected to watch live as England’s Prince William marries commoner Kate Middleton this Friday at Westminster Abbey. Tourists have flocked to London, decorations are appearing, commemorative memorabilia are for sale, and the armed services are preparing for their role in the big event.—Lloyd Young (34 photos total) 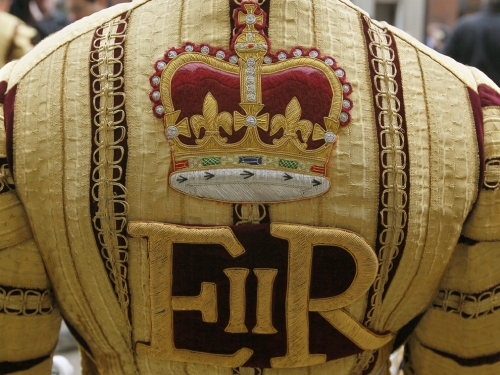 A member of the State Trumpeters of the Household Cavalry is seen during a media event at the Household Cavalry's Mounted Regiment in Hyde Park barracks in London on April, 15. The mounted regiment will provide close escort for the major members of the British royal family during the wedding. (Alastair Grant/Associated Press) # 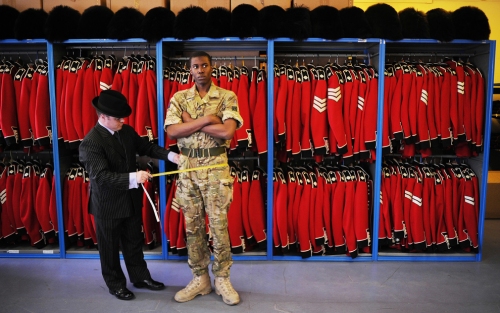 Guardsman Bortnill St. Ange is measured for his uniform by master tailor Lance Sergeant Matthew Else (left) at Victoria barracks in Windsor on April 21. Irish Guards soldiers who have recently returned from Afghanistan are preparing for ceremonial duties as the Queens Guards ahead of the royal wedding. Prince William is the colonel of the Irish Guards. (Carl De Souza/AFP/Getty Images) # 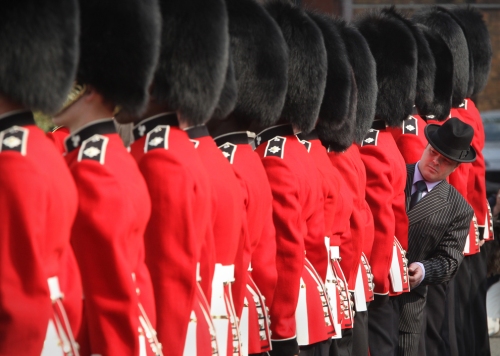 Master tailor Lance Sergeant Matthew Else inspects the uniforms of members of the Irish Guards at Victoria Barracks in London on April 21. The Irish Guards returned from active duty in Afghanistan at the beginning of April, and are now preparing for ceremonial duties. Prince William is the colonel of the regiment. (Peter Macdiarmid/Getty Images) # 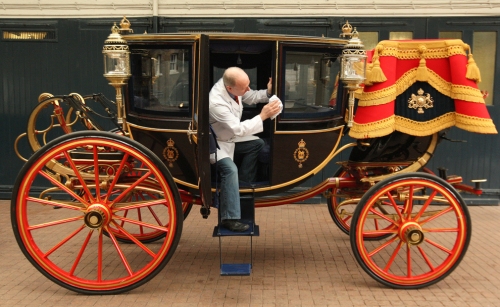 Carriage restorer Dave Evans cleans the Glass Coach at the Royal Mews in central London on March 21. The coach, which was built in 1881, will be used to carry Prince William and Kate Middleton in the event of bad weather on their wedding day. (Dominic Lipinski/AFP/Getty) # 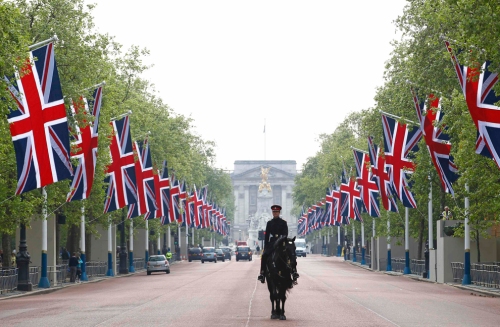 A member of the household cavalry rides down the Mall adorned in Union flags ahead of the royal wedding. (Andrew Winning/Reuters) #